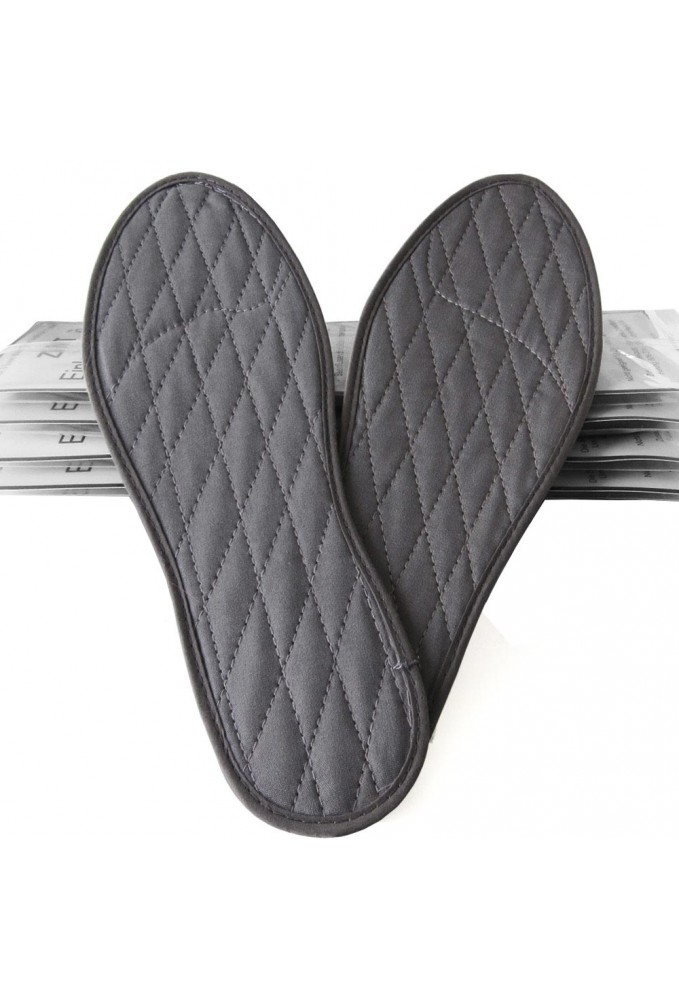 Get better-smelling feet with our cinnamon insoles!


Now available in packs of 5 (5 pairs of insoles) for the absolute lowest price!

• Relieves pressure on the legs (good for jobs that require standing) and promotes well-being.

• Balances temperatures. Your feet will never again be too hot or too cold!

Pleasant cinnamon aroma, complete comfort, like a gentle massage pampering your feet. These insoles, filled with a mixture of cinnamon and herbs, don’t just impede the sources of unpleasant odors, but they also promote well-being and provide an even temperature inside any shoes and at any time of the year. This is unique!

What sounds strange to our Western ears has already been practiced in Asia for thousands of years.

Our cinnamon insoles even stop persistent foot odor in:

The four layers in our cinnamon insoles make for fresh-smelling shoes. The top layer, made of soft and breathable cotton, makes sure that the aromatic cinnamon in the second and third layers is well-distributed. Multiple crisscrossing seams ensure that the cinnamon cannot leak out of the insole. Together with the thin cellulose core layer, these seams also provide stability. The underside of the cinnamon insole is made from a slip-resistant material.

Be the first to write a review!