The unmistakable and beguiling scent and incomparable taste of cinnamon still has something magical, brings about the idea of wealth and foreign worlds. Something warming sticks to it, a touch of exoticism, even a pinch of adventure. But what exactly is cinnamon and where do we get our fragrant ground cinnamon?

The cinnamon trees only grow under certain external conditions. An average temperature of 26-28°C and an annual precipitation amount of 2,500 mm are required so that the trees can grow strong. Therefore, cinnamon is a raw material that can be grown only in very few regions of the world. This used to be one of the reasons why cinnamon was so expensive. In addition to the external cultivation conditions, it takes a lot of knowledge about the cultivation, as well as patience to let the trees grow vigorously for years before even the first crop can be harvested. The ideal conditions for this cultivation are found in Vietnam, in the Quang Nam region. Cinnamon trees have been grown here for centuries, without any chemicals and pollutants, completely naturally and with a lot of patience.

The cinnamon sticks for our products are sourced directly from the farmers, on fair terms and without intermediate trade. After purchasing the cinnamon sticks, they are processed into the fine, fragrant powder that pampers your feet every day.

After a targeted selection of the right tree, the bark is separated. To get to the delicate, only millimeter-thick inside of the bark, the outer and middle bark are then removed. 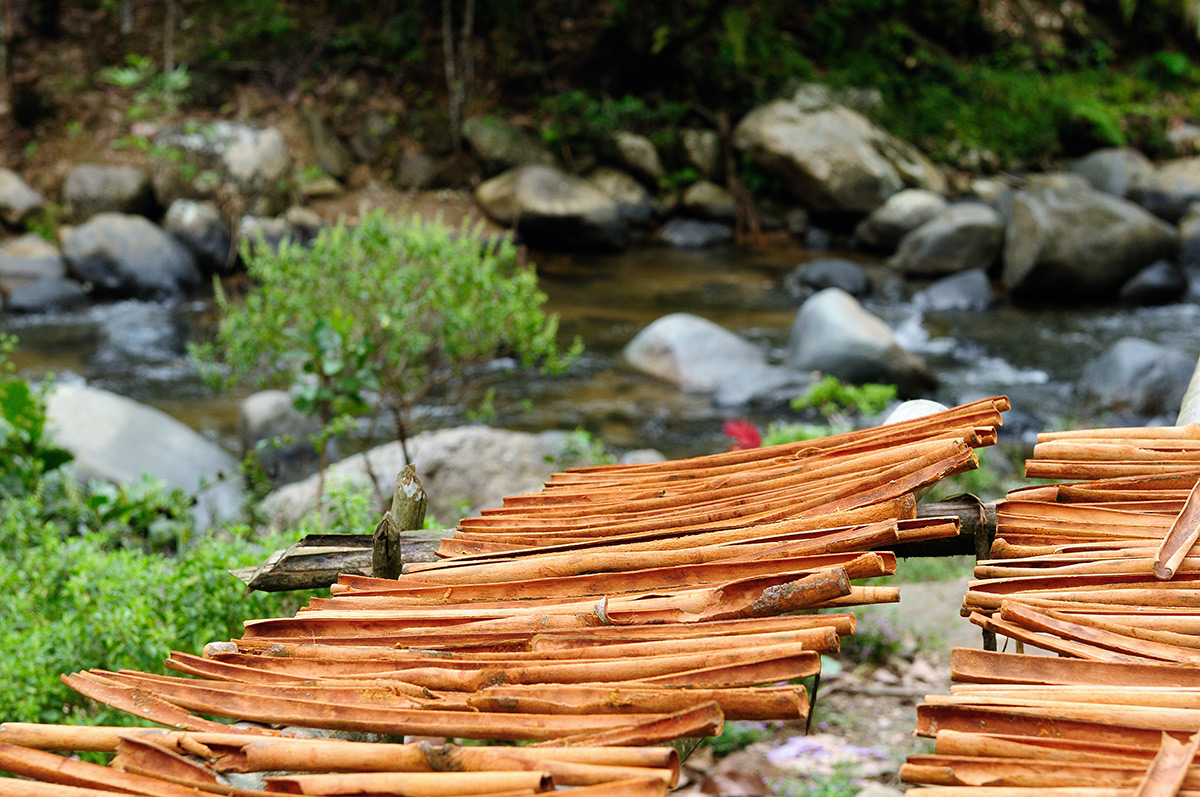 The inner bark, which is then peeled, rolls itself up and is sun-dried for several weeks.